A downloadable game for Windows

Steam!/// Please note that Arena of the Gods is a work in progress and does not fully represent the final version of the game. ///

After dying what his gods deemed to be a dishonorable death, a knight must fight through countless waves of demons to amass glory, escape purgatory and come back to life! Do you have what it takes to earn the salvation of your soul?

Slay demons, gain glory, and save your soul in this difficult, action packed, top down, hack n' slash! Every time you challenge the arena, you receive a random weapon that you've unlocked so far. Defeat enemies to earn glory, and purchase new weapons, each with their own unique abilities, playstyles, and movesets!

- HUGE arsenal of weapons to unlock, each one having different and unique abilities! (Not all of them are helpful though!)

- Difficult, but rewarding gameplay. Easy to learn, difficult to master.

- Open development! We as a team guarantee that we will be very vocal about upcoming features, bug fixing, suggestions, and answering various questions about development as a whole.

Specific Goals: (In order of importance)

- Glory Accumulation/Shop System(Glory is earned from defeating enemies and is used as EXP and Currency for unlocking items in the shop.)

To tell you a little more about us, I'm our artist, David Henry. (22) Almost everything visual from models to UI is made by me and I see myself as the creative heart of our duo. Throughout my life I've always had an intense passion for gaming and the second I loaded up Final Fantasy XII for the first time in my PS2 all those years ago I knew that video games are what I wanted to do for the rest of my life.

After growing over the years and teaching myself to model, I met the brilliant coder of our team, Mixtape a.k.a. Marquis Madden (22) in my junior year science class. We hit it off immediately and he became the backbone of this duo as well as one of my closest friends. He grew up playing Halo on his Xbox and always wanted to create compelling and immersive experiences and by teaching himself to code, we became 2 halves of a whole!

We call that whole, Craptop Studios. Nice to meet you!

Arena of the Gods v1.6 is now live! Here's a rundown of the changes:

- Vital information
To promote enhanced readability, the player's healthbar now has a background behind it instead of showing the arena through it's empty space. Enemies now have health bars that appear when they take damage and disappear after a few seconds for reduced clutter.

- Eternal life, endless torture
Added a new, tanky demon giant called the Ghast. The Ghast lumbers around slowly, but relentlessly, crushing any opposition under it's slow but mighty fists. The Ghast's slam deals 35% of your current health as damage. The slam's shockwave deals a small amount of flat damage.

- Supersanic
Added a new, speedy flying demon called the saberwing. The Saberwing patrols the arena at high speeds, slicing any would be arena champions to bits with their blade-like wings and fierce wind gusts. The Saberwings fly ahead of the player, preventing him from fleeing their assault by cutting off his escape routes with well timed spin attacks.

- Not the bots you're looking for
Enemies have completely revamped AI, making them react much more intelligently and realistically. Enemies now have object permanence causing them to leave combat after losing track of the player for too long.

- Making me dizzy
Enemies no longer perfectly track the player in combat allowing the player to break their line of sight through motion.

- Water is not wet
The waterfalls in the arena were in the need of some dire TLC, so they're sporting a new look that actually reacts to the time of day and various other lighting changes. Water material improved to look a lot less flattened.

- Extroverted
Feeling talkative? Arena of the Gods now has a Discord channel  where you can keep up with news, get free promotional content in the future, report bugs, or even just have a chill chat and post a few memes.

We have a HUGE amount of changes to the game that we plan to ship very soon, so be ready for a lot of anticipated features in our next few updates!

That's all for now! Have fun, and I'll see you in our next update!


Want to get more involved with Arena of the Gods?

Get Arena of the Gods on Steam!

Want to donate to our development? Here's our Patreon page!

Feeling talkative? Join the Arena of the Gods Discord channel!

In order to download this game you must purchase it at or above the minimum price of $6 USD. You will get access to the following files: 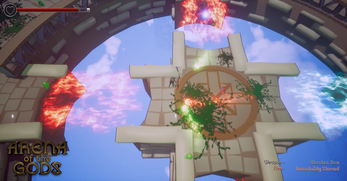 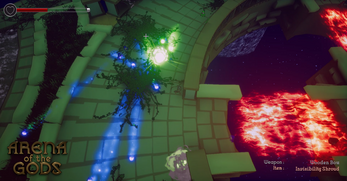 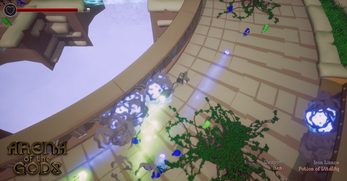 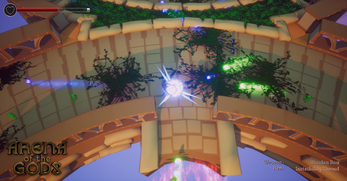 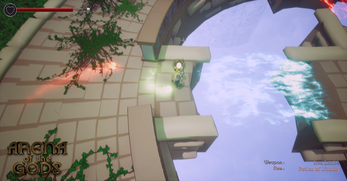 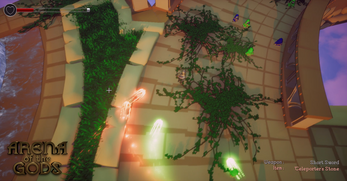 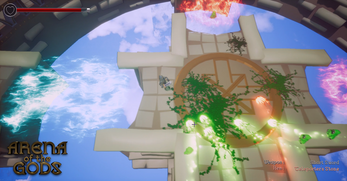